SWAT and Rapid Deployment Vehicles (RDVs) should be ready to go with a moment’s notice. With our cutting-edge technology and specialized installation teams, we provide the highest-quality vehicle solutions for law enforcement.

Your team can only respond as fast as your fastest vehicle. Our SWAT and RDV trucks are here to act as an extension of your department, getting your teams from point A to point B as efficiently as possible while providing unmatched protection every step of the way. Whether you need additional weapons storage, technology, workspace, or personnel seating, we will deliver to your exact specifications.

Each vehicle is fully manufactured by a qualified team of installers, designers, and engineers who will build your vehicle from the ground up on the highest quality chassis. We will outfit your vehicle with the latest technology, ensuring that your teams can remain in touch from anywhere. Endless options such as surveillance, riot control capabilities, and fire detection make it easy to coordinate an effective response.

At Summit Bodyworks, we believe it’s not enough to build a high-quality vehicle. Instead, we push quality one step further by working directly with our clients to deliver customized, superior solutions. Because every department has different needs, we offer vehicles with an endless range of options and capabilities. We’ll be in touch at every stage of the process to ensure that the vehicles fit your needs.

Check out some of our recent favorite builds for some satisfied customers.

Hybrid and all-electric solutions are available for many of our vehicle applications.

Going electric is a great way to increase efficiency and save on costs. As an industry leader in all-electric solutions, we offer custom, innovative solutions that are better for the environment AND your bottom line.

Up to 85% less operating costs

Up to 66% less maintenance costs

RDV is an acronym for Rapid Deployment Vehicle. RDVs were originally developed to provide a cost-effective alternative to expensive, armored vehicles that were used for SWAT teams and mobile command centers. They are often built inside commercial trucks or trailers; this allows them to operate undercover and provide quick response in high-risk situations. Many of them contain walk-in cabs with plenty of space for workstations, stake-outs, living areas, cabinets for storage, and even full mobile labs for crime response.

With the addition of certain features such as technology and communication services, RDVs can double as mobile response vehicles. Many also come with emergency lighting and roof access to provide better insight into a crime scene. RDVs are built on high-quality chassis, and they are often less costly to maintain than other emergency response vehicles.

What does SWAT stand for?

The acronym SWAT stands for Special Weapons and Tactics. A SWAT team is a unit employed by the United States government to deal with high-risk conflicts, such as terrorist or criminal threats, hostage situations, and rioting.

SWAT teams were assembled in the mid-1900s to defend individuals and police stations from sniper attacks. The officers were gathered into teams according to their past military experience and specialties. They were trained to use specialized tactics and equipment and then deployed to deal with crime.

Today, SWAT units use specialized, military-like equipment. They drive armored vehicles, undercover vans or buses, and even helicopters. They have the training and clearance to use weapons that are unavailable to ordinary police teams, and they stand by to provide backup or intervene when situations escalate.

While many SWAT vehicles are bulletproof, some are not. Typically, a SWAT vehicle is used by non-military units, such as local police, to respond to criminal threats. Most traditional SWAT vehicles are designed for combat and built to handle fire. However, SWAT units can also employ non-descript, unarmored vans, or SUVs in order to conduct undercover operations.

Armored SWAT vehicles are generally fabricated from high-quality, bulletproof materials that are designed to protect the people inside the unit. These rescue vehicles are engineered with flexibility and tactical advantages in mind. SWAT vehicles are often custom-made for military agencies, law enforcement agencies, emergency response teams, or special assignment units. Many vehicles come with a range of additional options and capabilities, including remote weapons control systems, riot control capabilities, fire detection, chemical attack protection, and more.

What options are commonly installed inside an RDV?

RDVs include a variety of options, ranging from communication technology to additional storage for gear and equipment. Some even have workstations and living areas for long-term value. An RDV may be outfitted with custom-built interior work stations, cabinetry, TV monitors, seating and additional storage, living appliances such as refrigerators and microwaves, wiring and space for radios, generators, air conditioning, sirens, and emergency lighting.

Other options that can be installed include access doors and ramps, retractable awnings, and slide-out sections that act as dividers or create additional storage compartments. In some cases, RDVs may double as mobile command centers. In these situations, they are commonly outfitted with a variety of communication technology, such as video teleconferencing services, data connectivity, and hardwire, cellular, or satellite systems.

How large are most SWAT vehicles?

There is no standard size for SWAT vehicles. Some may be as small as 16 feet in length, providing an easy-to-maneuver option for urban police departments. Other vehicles are large enough to carry large fleets of SWAT teams along with all the necessary surveillance equipment, weapons, and communications technology. Whatever the size, it’s important to make sure that the interior of the vehicle is optimized for maximum storage and workspace.

SWAT vehicles may be built inside a commercial truck, van, or even trailers. Many are marked with the department’s name and graphics, while others are left unmarked so the SWAT team can travel without being noticed. Depending on the size and budget of the department, SWAT vehicles may double as RDVs, mobile command vehicles (MCVs), or crisis and hostage negotiation centers.

Have questions or ready to get started? 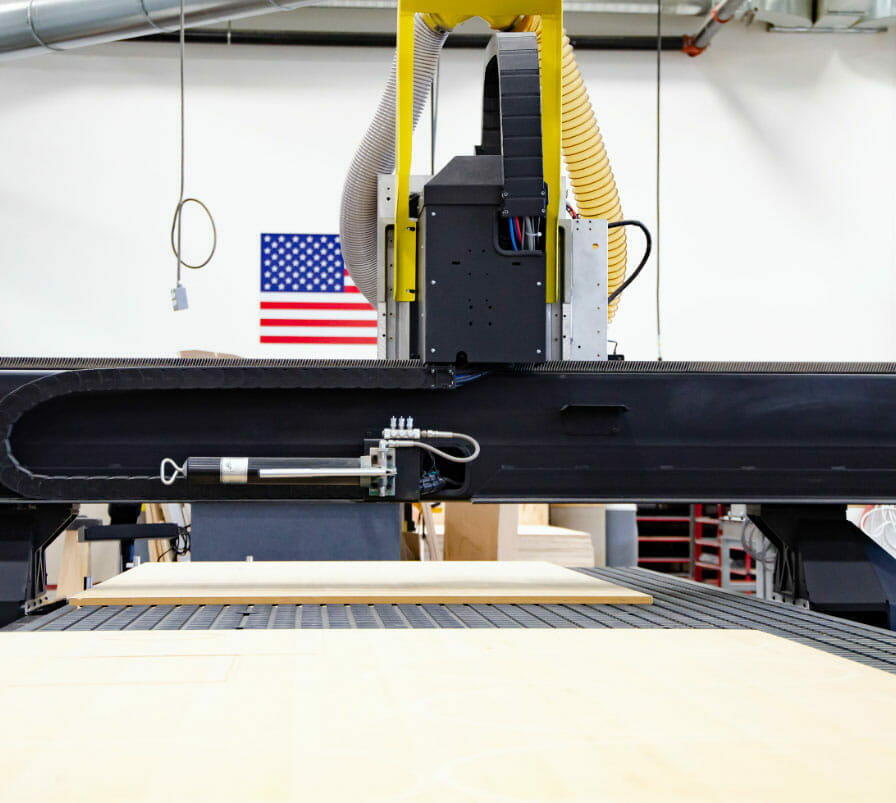 We operate at the highest level

At Summit Bodyworks, we don’t take no for an answer. We innovate and problem-solve. We don’t follow industry trends; we create them. We serve our customers with smiles on our faces and integrity as our foundation. When it comes to our work, decades of blood, sweat, and tears have gone into perfecting our crafts. Our team of project managers, engineers, account managers, and technicians work together to ensure our quality is excellent and our process smooth. As an industry leader, we’re confident that the service and support you’ll receive from Summit Bodyworks simply cannot be matched. 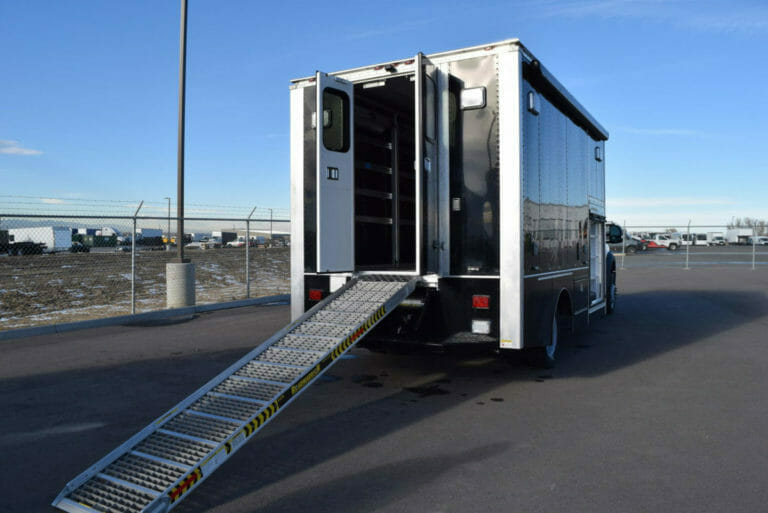 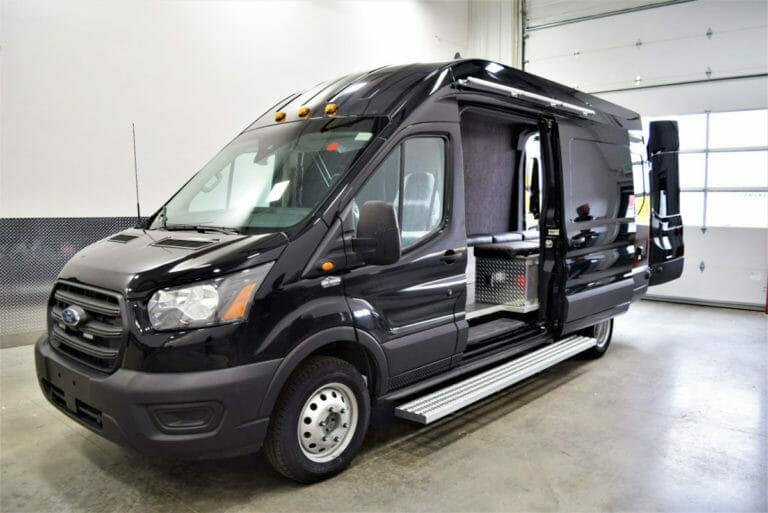 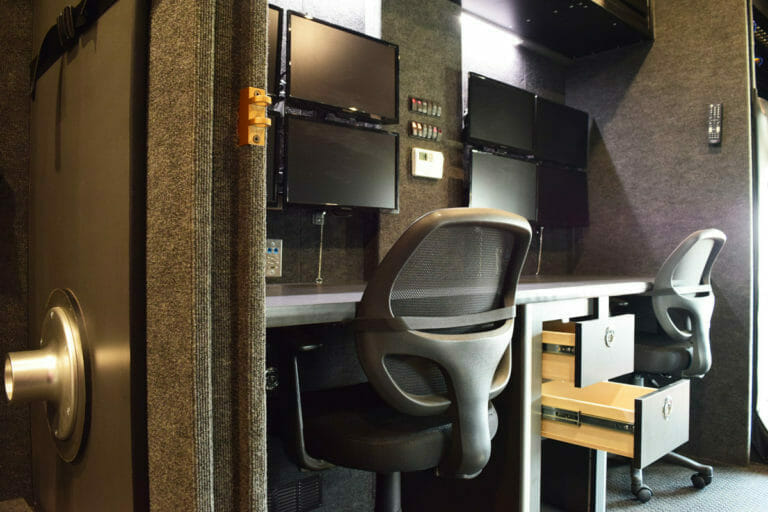